Top freeskiers from across the globe have converged on Mount Hood for the 10th West Coast Session, “a week of intensive sessioning on features large and small” – though mostly large.

Mt. Hood local Ethan Stone launched West Coast Session a decade ago as a way of bringing together the freeskiing community to celebrate the sport, push creativity and innovation, and nail some top-rate photos and clips for the business end of things. Ethan has since moved on to the terrain parks of Europe, but he returns each May with his trusty snow rake to keep the West Coast Session humming.

This year’s session features an 85-foot jump near the top of Stormin’ Norman at Timberline, and invited skiers Christof Schenk, Karl Fostvedt, Maks Gorham, Nickie Keefer, Sean Gordon, Will Wesson, Dean Bercovitch, John Ware and others have been hitting it hard.

Strong winds put a damper on the Session-opening Public Jam on Sunday, May 1, forcing a postponement of the public event. But the Session quickly got back on track with photo shoots a team contest, daily hashtag mini-contests and more (search #wcsgrab on Instagram to get the idea).

With two days of big-jump shoots under its belt, WCS10 moved into its second stage: intensive shredding of the rest of the mountain and the parks, followed by skate sessions at Windell’s Camp, aka “The Funnest Place on Earth.” The festivities are sponsored by Windells and Timberline, and the action fits nicely with the May shred scene up at Timberline, where park riders from all over the country converge to hit the rails and jumps. The parking lot is full of cars from Wyoming, Utah, California, British Columbia, New York and Pennsylvania, even Kentucky, as word spreads about the huge jumps and $109 spring pass at Timberline. Big-air spring is followed by a lively summer season, with snow through August and top pros making appearances at Windells, High Cascade and Mt. Hood Summer Ski & Snowboard Camps, among others.

One more shot, by Jamie Walter, Nickie Keefer in action: Gotta love Mt. Hood in May! 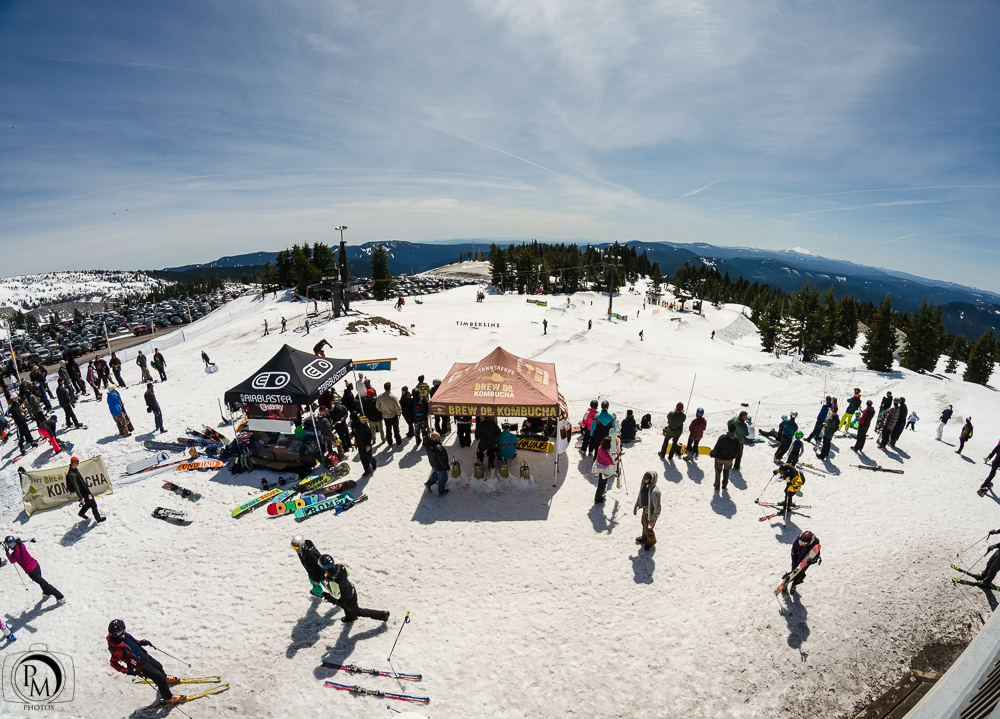