Editor’s Note: We couldn’t help but notice a string of excellent photos shot on Mt. Hood by PM Photos recently. Turns out that PM stands for Paz Mendez, a Govy-based photographer specializing in snow, skate, families and nature. Paz and his partner Tara agreed to share some shots from two lively events at Timberline: the Airblaster Board Games April 16th and the Yobeat Long Jump April 17th. Paz’s photos capture the essence of the Timberline park scene as summer approaches and snowboarders and freeskiers from near and far descend on Mt. Hood for the longest snow season in North America. Big thanks to Paz, Tara and PM Photos.

Airblaster’s annual Board Games event on Hood drew a good crowd of competitors and some sweet spring weather.

Conner Turney, pictured below, won top award for the men. Shea Verbinac won first for the women, Michael Foshee won best trick, Jacob Nelson earned best grab, and CJ Hillard was awarded best crash. Most importantly, a good time was had by all, as you’ll see from the gallery of images at the end of this story. Paz’s gallery of images from the Airblaster Games 2016 and YoBeat’s Long Jump offer a nice preview of the slushy good times ahead, as spring at Timberline melts down into another lively summer snow season on Mt. Hood. 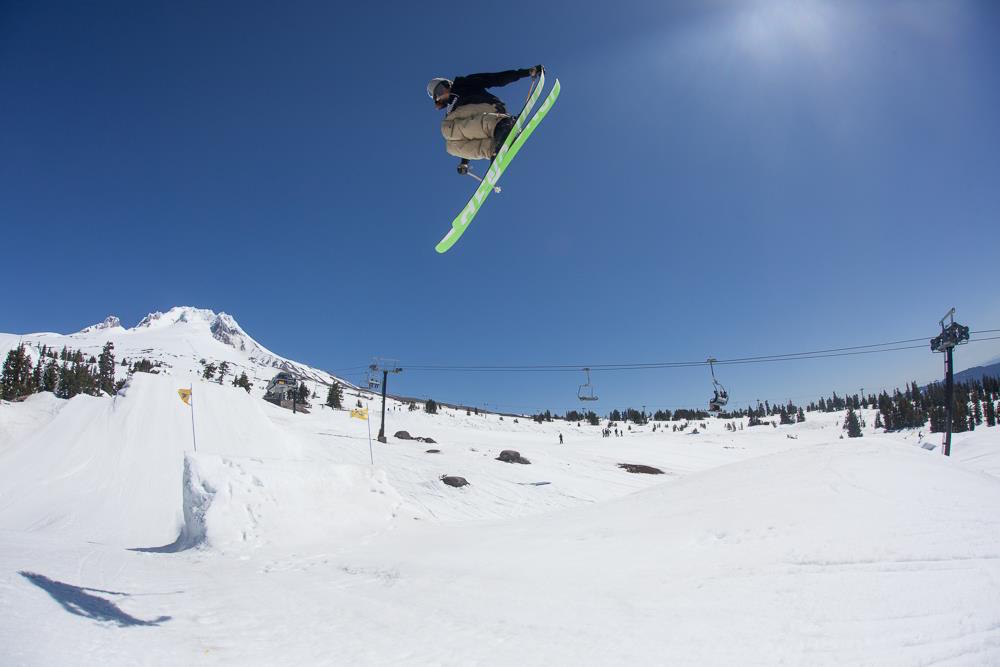